Aleksan begins his musical journey in a children choir in Bulgaria when he is only six years old (mid-1995). Everything develops rather fast, going through the music high school and eventually finishing with double bachelor - violoncello and singing at the academy in his home-city – Plovdiv, Bulgaria. In the mean-time he performs as singer soloist with some of the most acclaimed Bulgarian

music at The Royal Conservatory of The Hague, where he studies (currently) with Rita Dams, Michael Chance, Jill Feldman, Peter Kooij and Pascal Bertin. 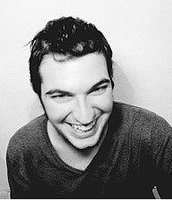